It was fun to visit the Calgary Zoo in the spring of 2016. I had only been there once before, many years ago when my kids were young.

Here are my favourite photos of animals we took at the Calgary Zoo.

#1 - Rockhopper Penguin – These penguins, which are among the smallest penguins, are found on rocky shorelines and travel by hopping from rock to rock (hence their name. Males and females can only be distinguished by DNA testing of their feathers. 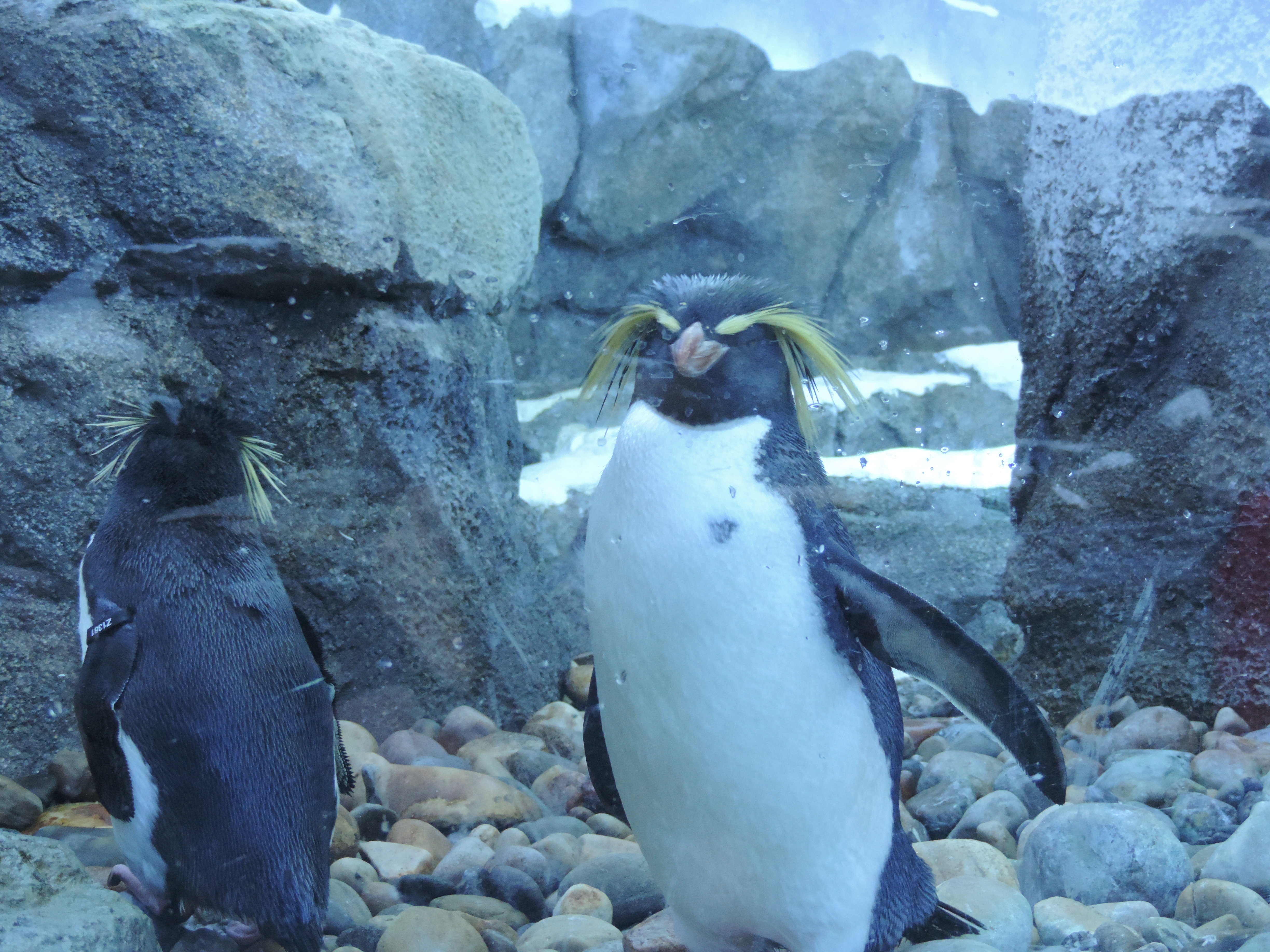 #2 – King Penguin – These penguins, on the other hand, are amongst the biggest, second only to emperor penguins in size. The females lay pear-shaped eggs. To feed their young, they partially digest fish and then vomit the food into the mouths of their chicks. 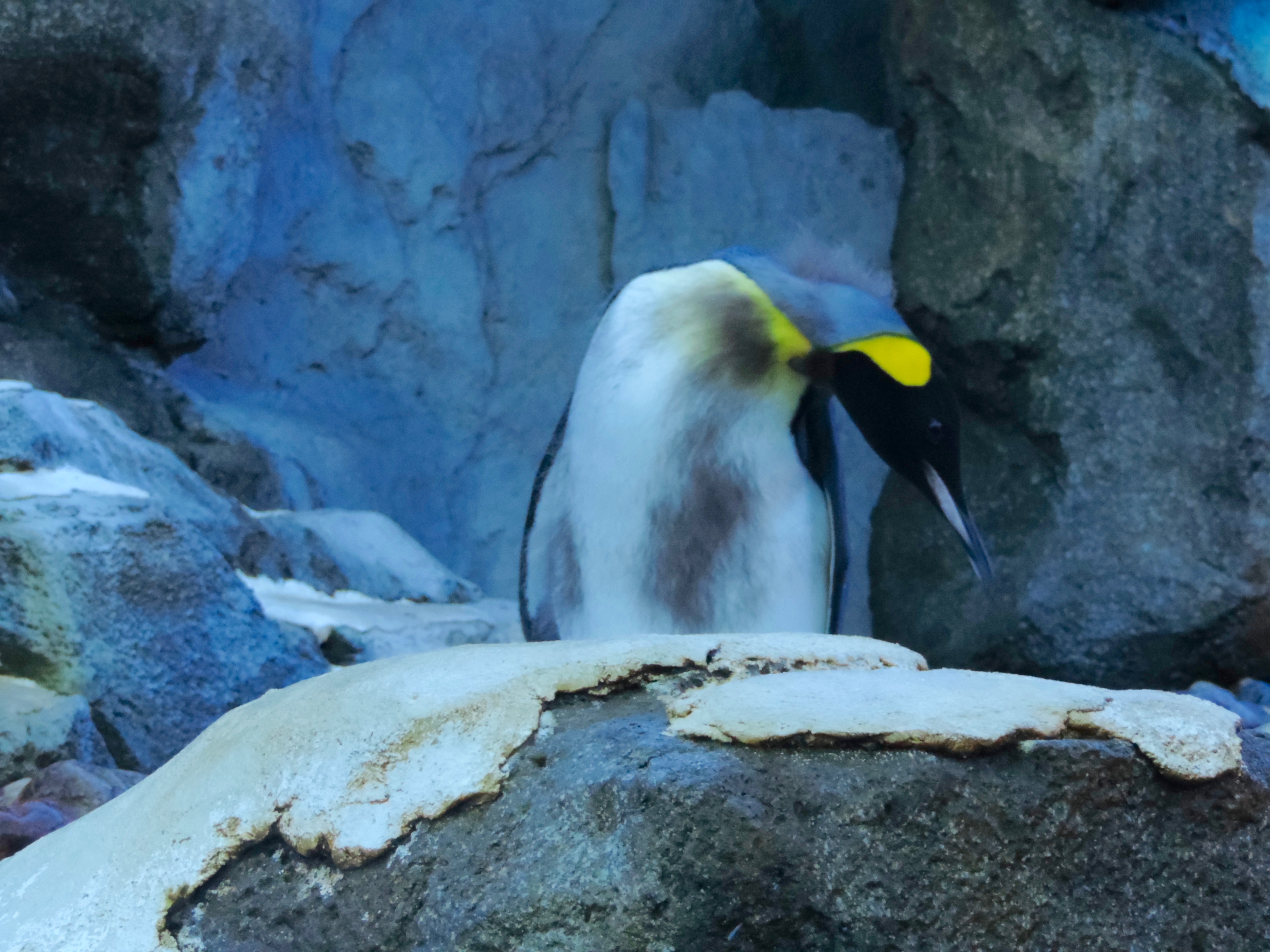 #3 – Humboldt Penguin – This medium-sized penguin is a South American native that breeds in coastal Peru and Chile. The Humboldt penguin is vulnerable to extinction. 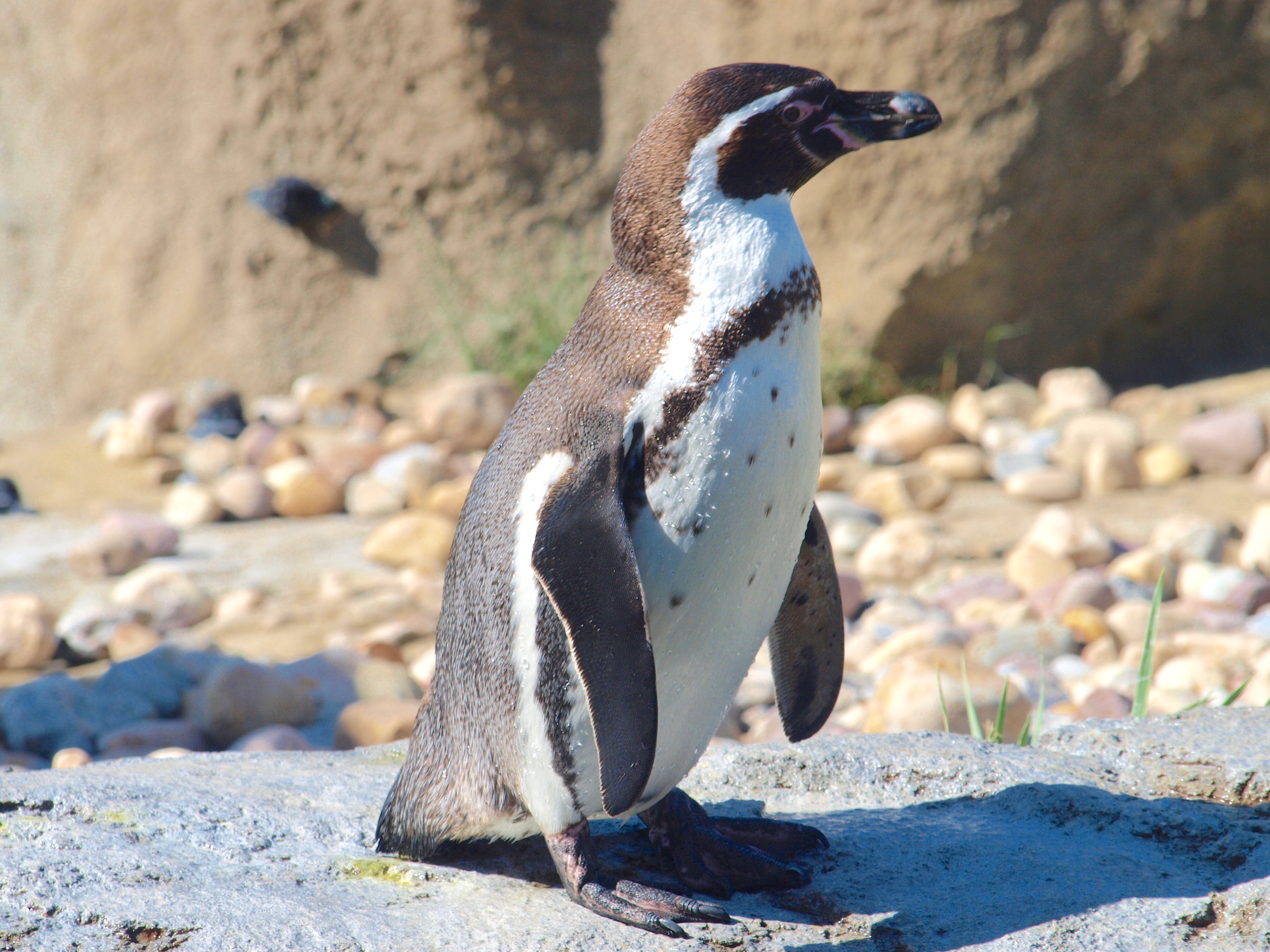 #4 – Gentoo Penguin – These penguins live in the Antarctic, and their high-salt diet can cause complications (too much sodium in their bodies). Fortunately, they have a “salt gland” found above their eyes that takes out the salt out of their bodies by producing a solution that drips out from the tip of their beak. 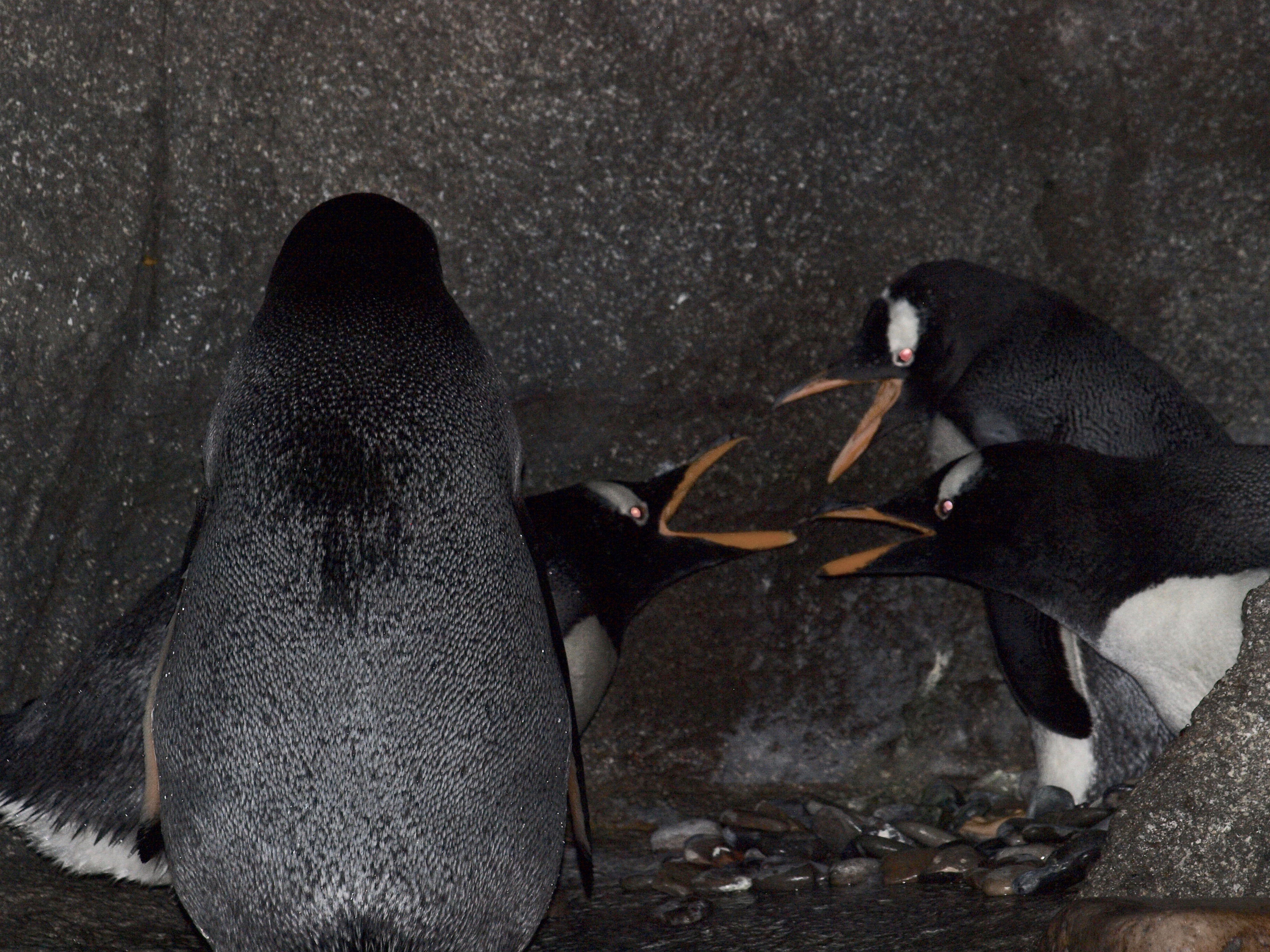 #5 – Rock Hyrax – According to the Calgary Zoo’s website: “Rock hyraxes pee and poop in areas called latrines. Over time the contents congeal into a large, sticky, solid mass that has been used to treat epilepsy and convulsions in humans.” Huh, who knew??? 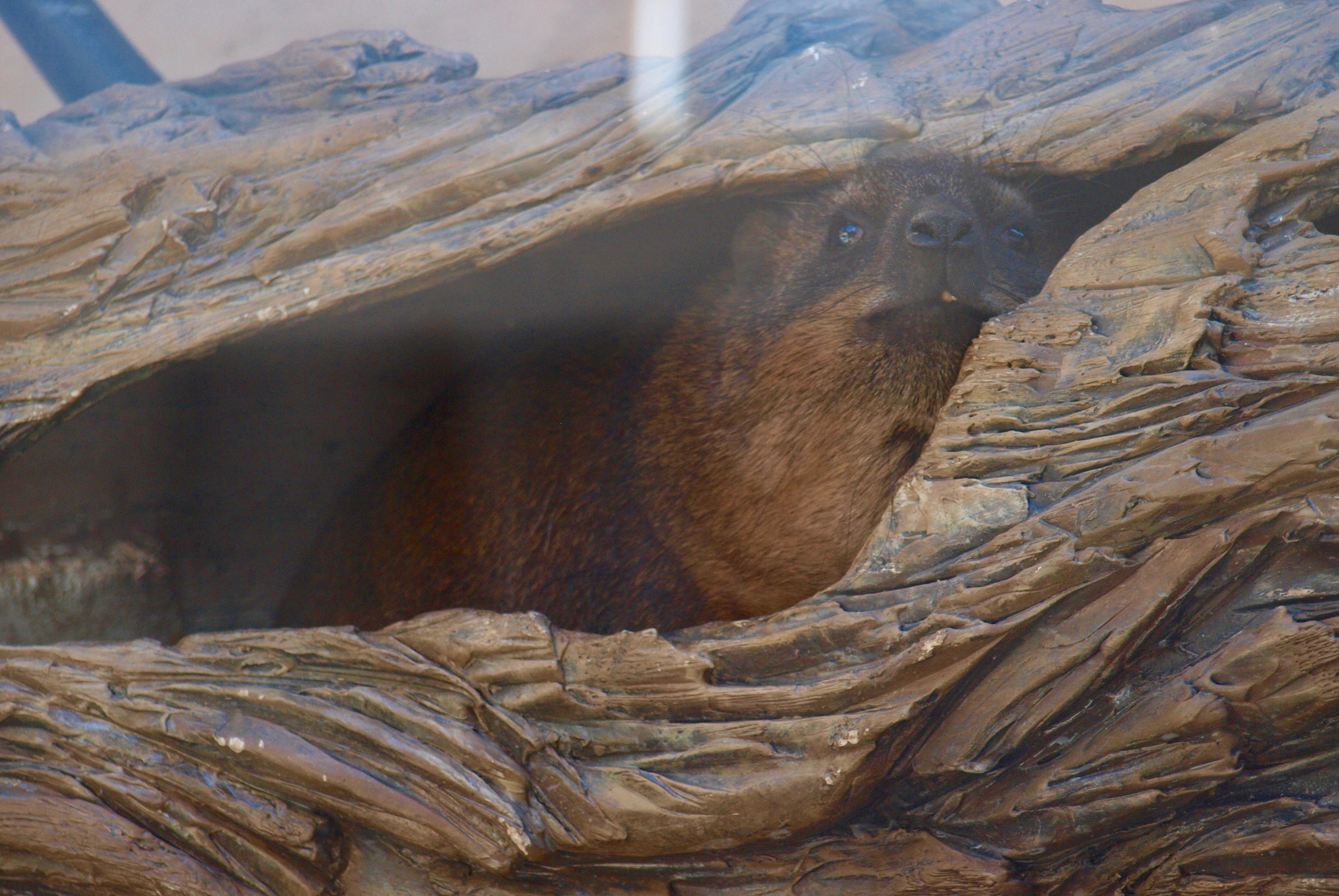 #6 – Meerkat – Did you know? Meerkats are immune to certain types of venom, including the strong venom of Kalahari Desert scorpions. 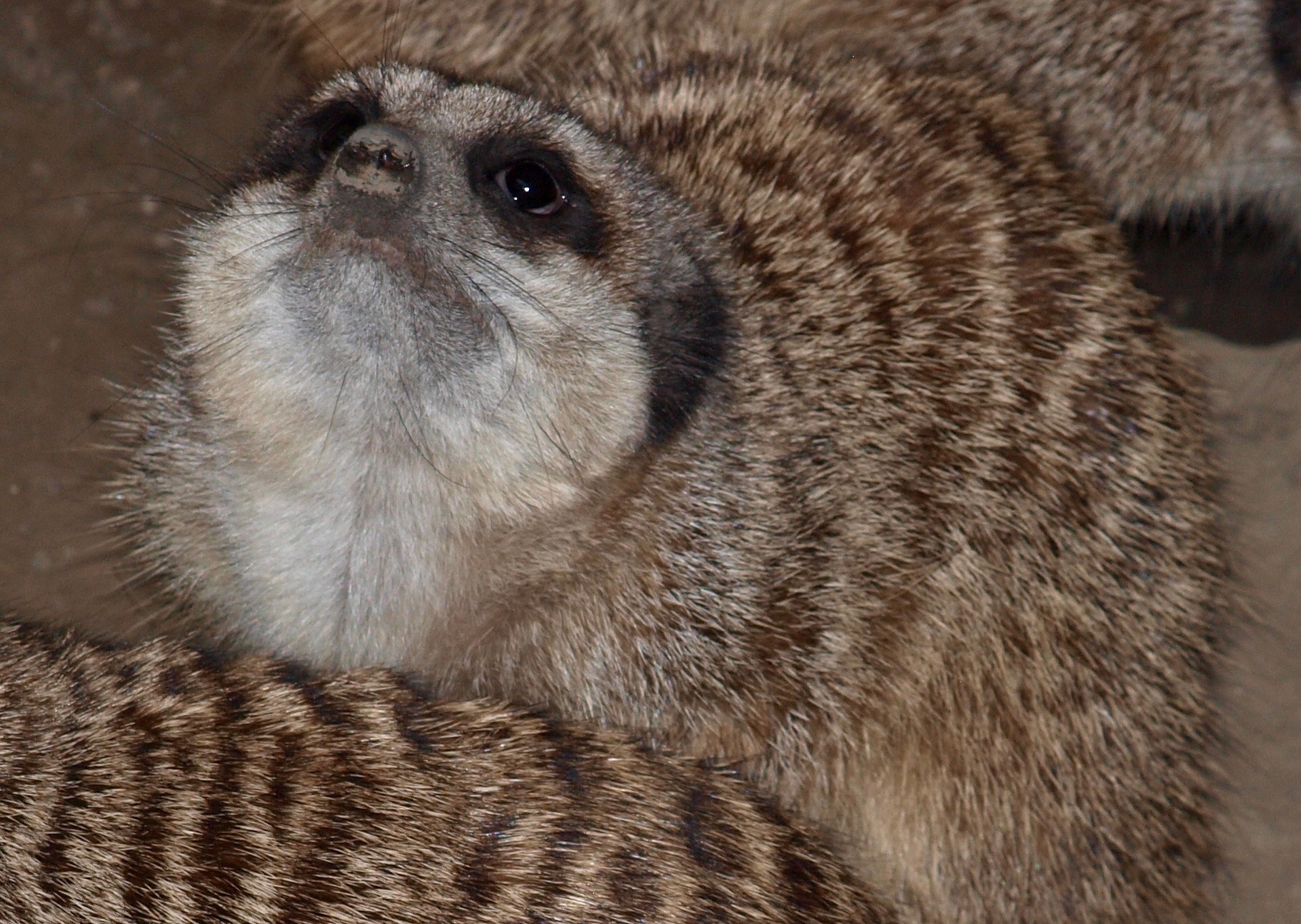 #7 – East African Crowned Crane – These spectacular cranes are the only kinds of cranes that roost (rest at night) in trees. They build large, 1 m-wide nests out of whatever plant materials are around, usually in very shallow water. 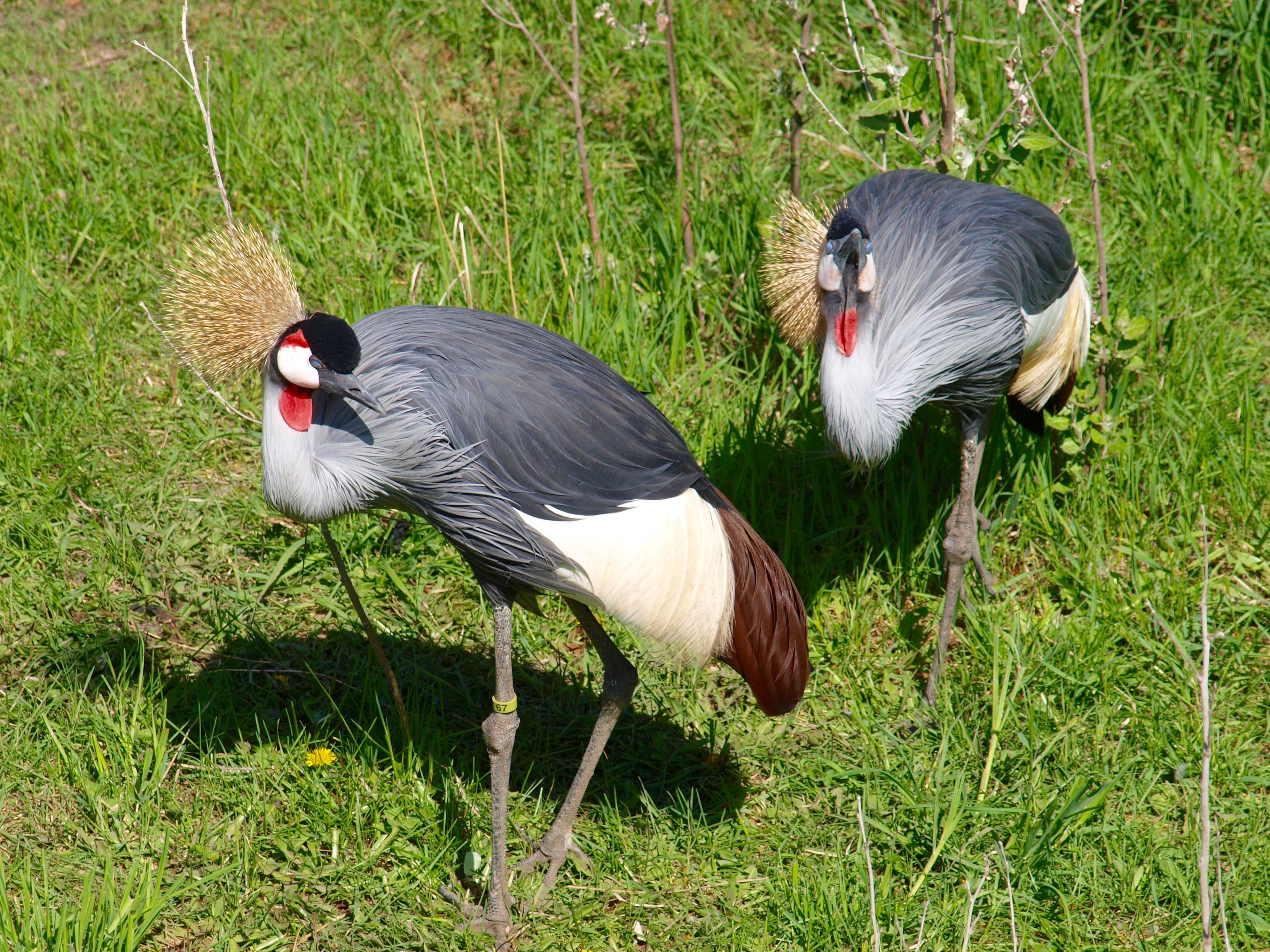 #8 – African Lion – I couldn’t resist taking this photo with the female’s paw resting on the male’s back. Males rarely live longer than 14 years in the wild because of injuries they receive hunting or battling with other males. 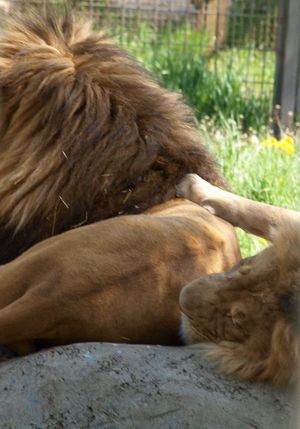 #9 – Mandrill – Male mandrills (shown) are twice the size of female mandrills. They have huge canine teeth that they show often, but contrary to what it may appear, this is a calming signal, not a threat. Their main enemy in the wild is leopards. 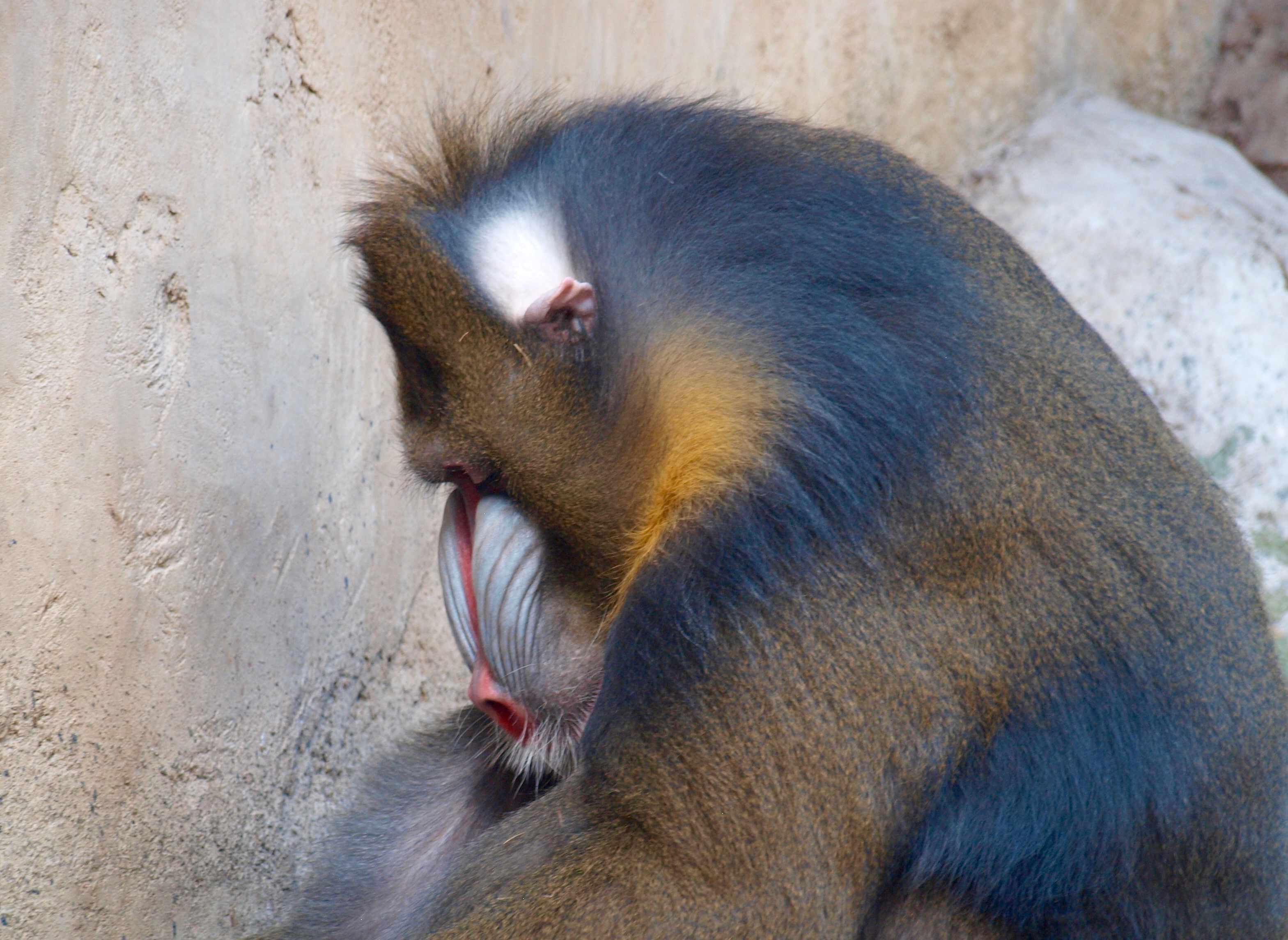 #10 – Southern Bald Ibis – Native to southern Africa, this bird breeds in colonies on and amongst rocks and on cliffs. It is a relatively quiet bird that occasionally does a weak gobbling-like noise. 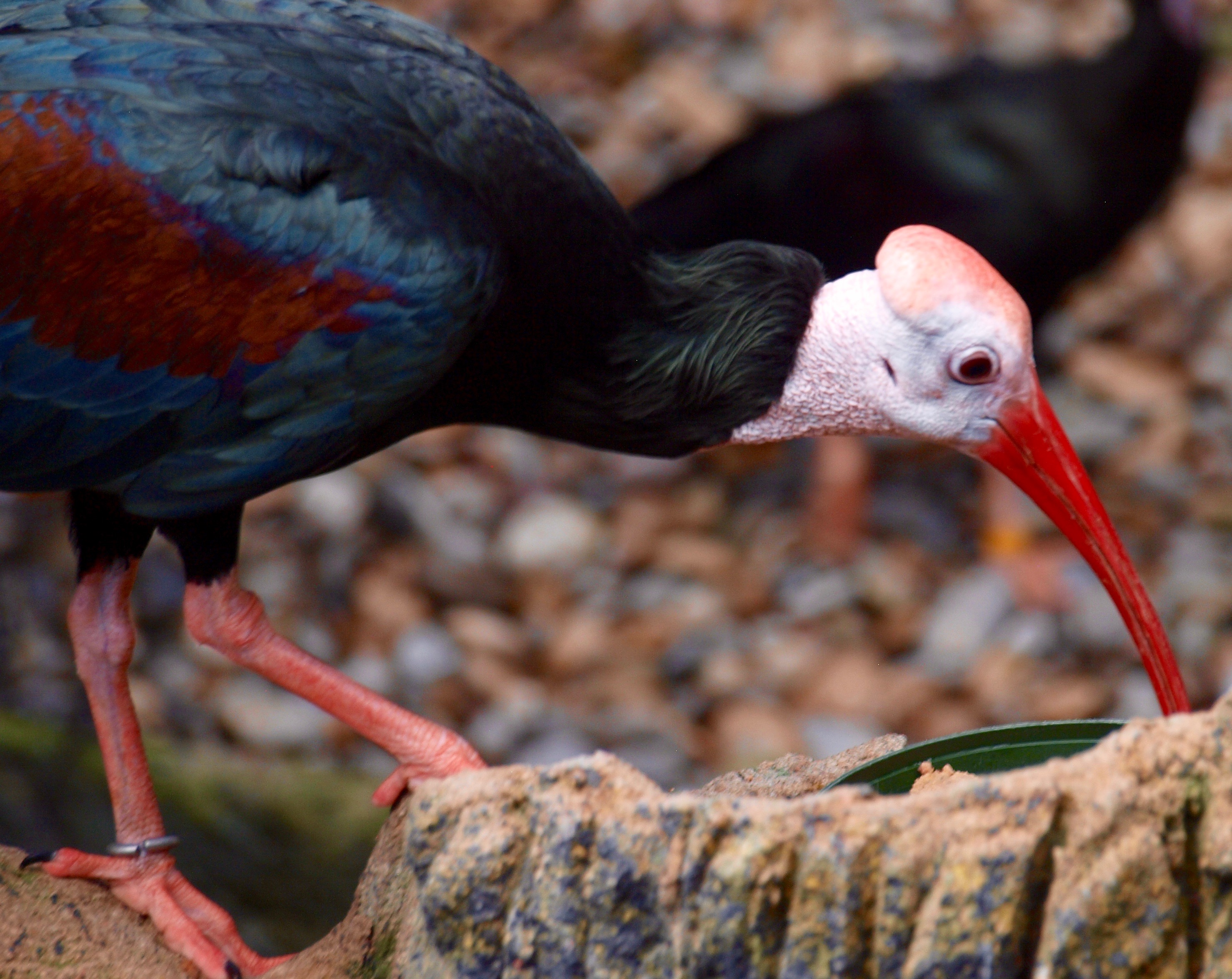 #11 – Mystery Bird – I haven’t been able to identify this bird—I believe it’s a duck—but I just had to include it in this blog. It is so exotic looking it almost seems unreal! If you know what bird this is, please let me know in the Comments below! 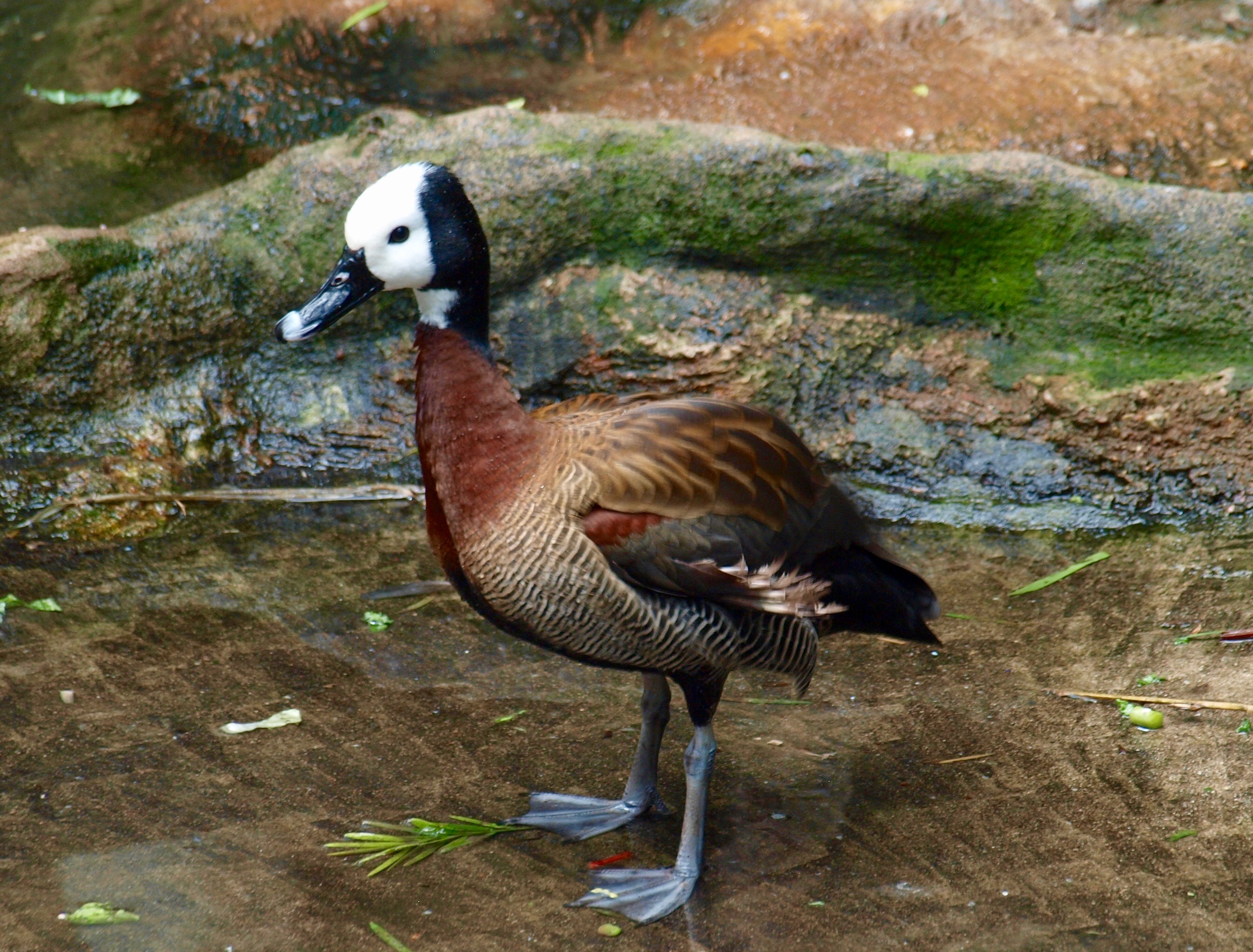 #12 – Chilean Flamingo – Surprisingly, these flamingos can withstand temperatures as low as -30 degrees Celsius. Mating rituals involve synchronized head swivelling and opening and closing their wings over and over. 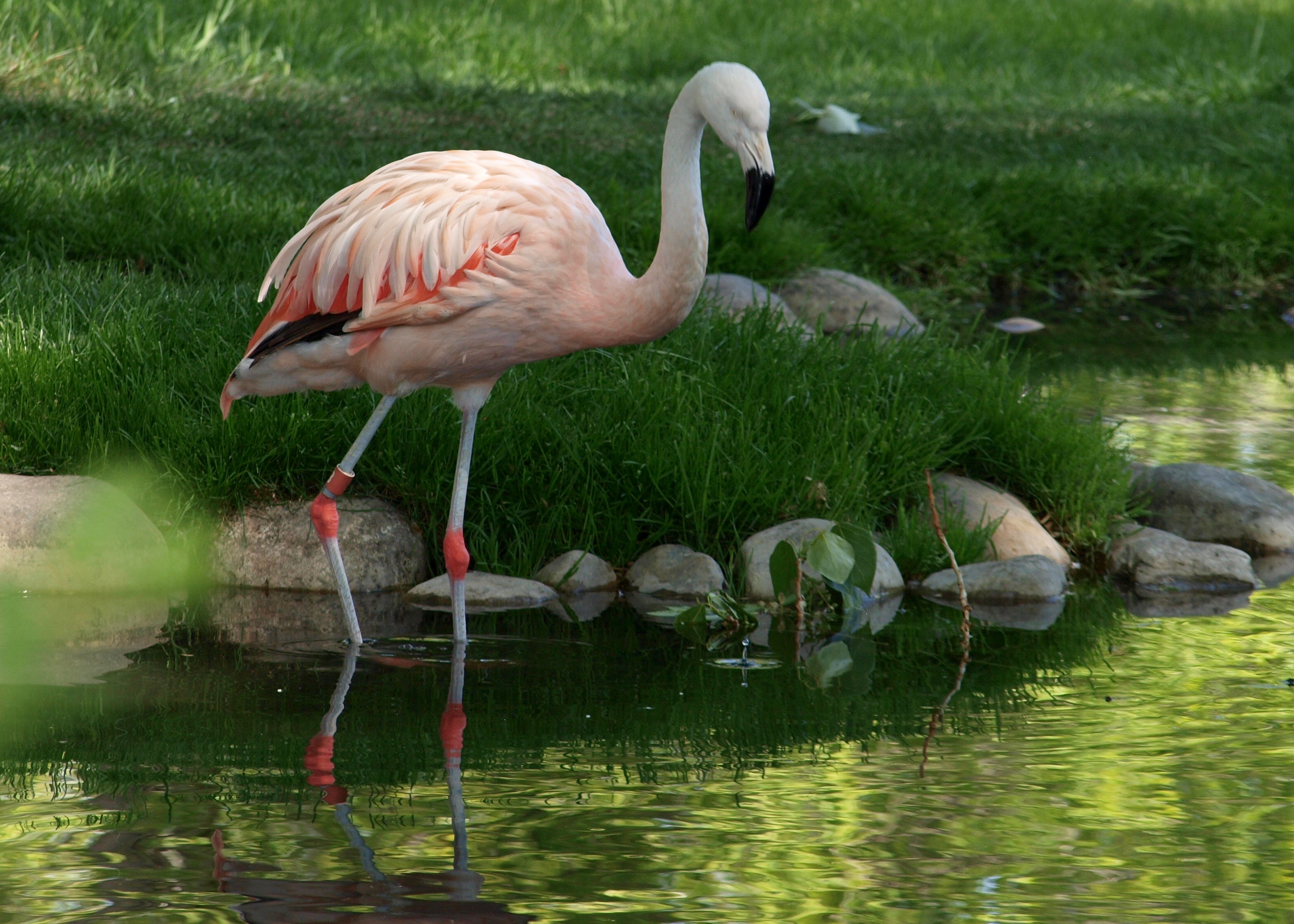 #13 – Bactrian Camel – Who can resist this face? This species is the largest living camel and has two humps. A Bactrian camel has a tough mouth and can withstand vegetation that may be dry, prickly (e.g. with thorns), salty, or bitter. 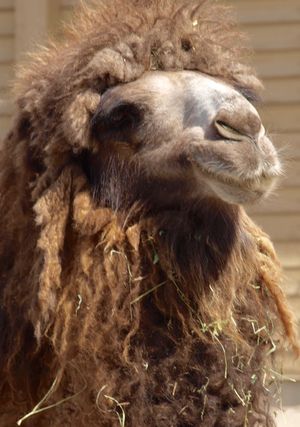 #14 – Rhinoceros – The skin of a rhino can be up to 5 cm thick. They have poor eyesight but a strong sense of smell and superb hearing. 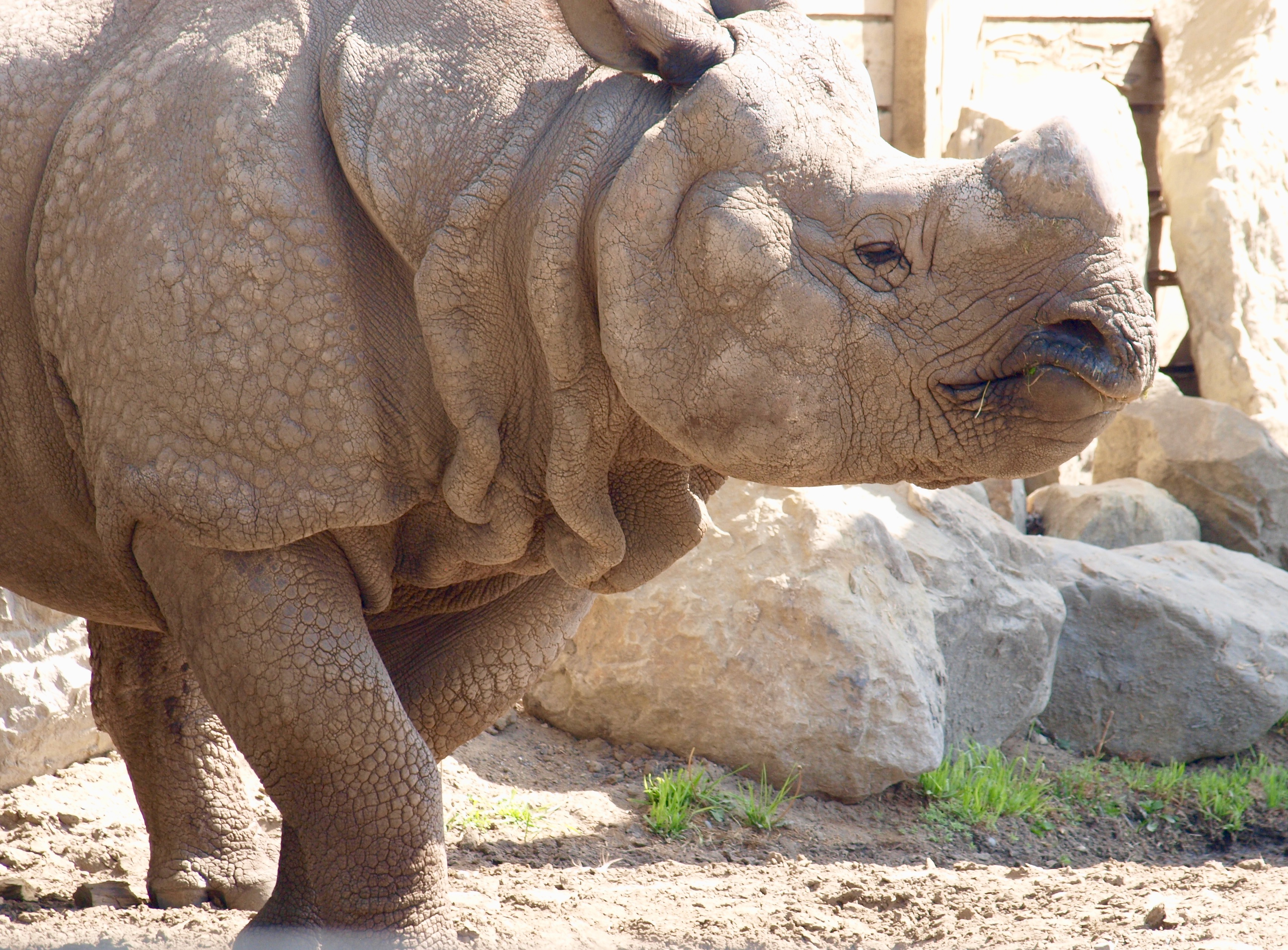 #15 – Snow Leopard – Native to the mountain ranges of Central and South Asia, the snow leopard’s long and flexible tail helps it keep its balance on rocky terrane. It also uses its tail like a blanket to protect its face when it sleeps. 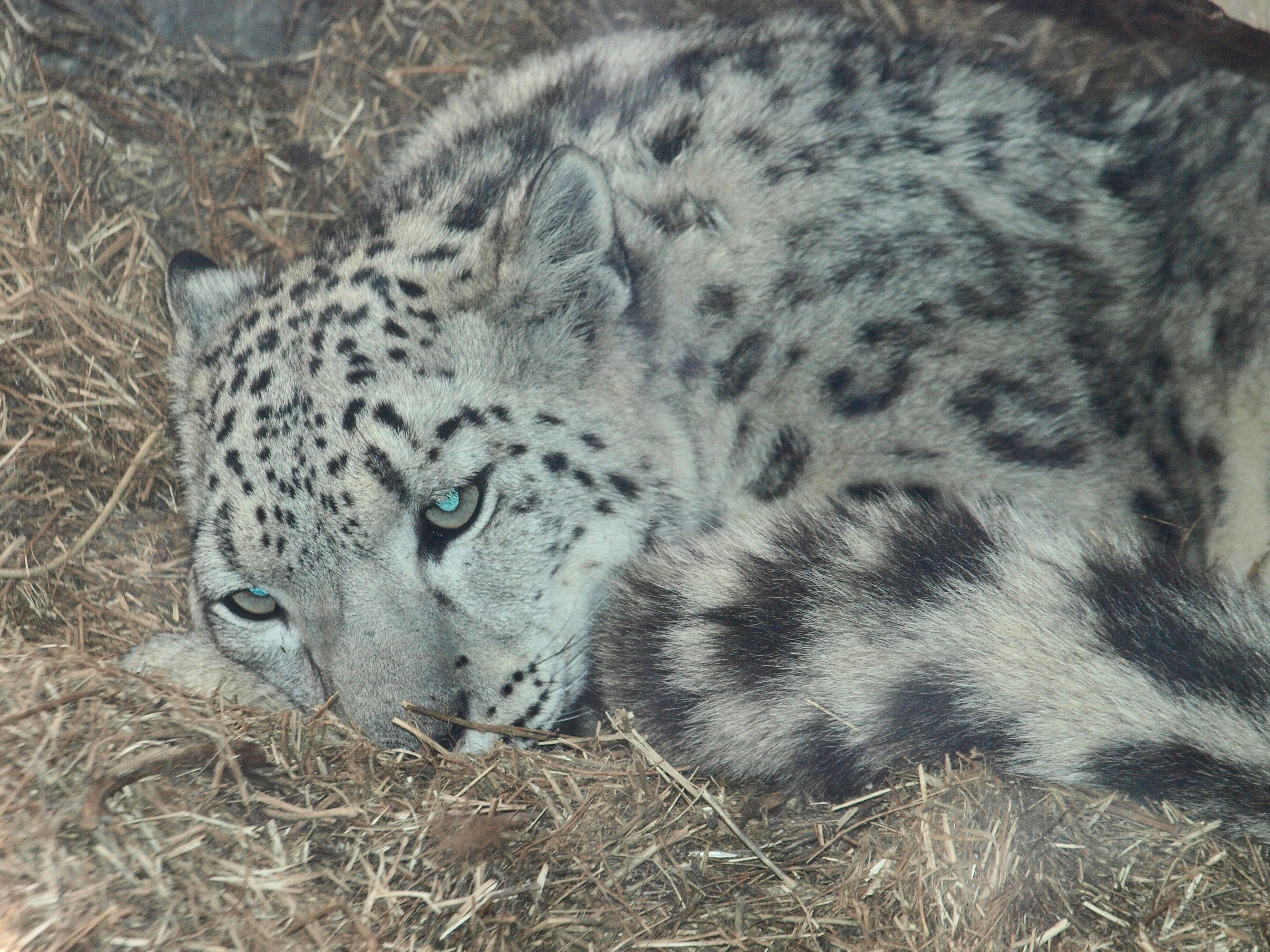 There were many other animals to view at the Calgary Zoo. Please do consider visiting it! It is the number one attraction in Calgary and is rated the #2 zoo in Canada, second only to the larger Toronto Zoo.

Did you enjoy this post? Then you might want to read my other blogs of zoos across Canada.

Click here to read my blog featuring my 10 favourite photos taken at the Edmonton Valley Zoo.

Want to keep up with all my latest news? Sign up for my newsletter and get a FREE gift here.